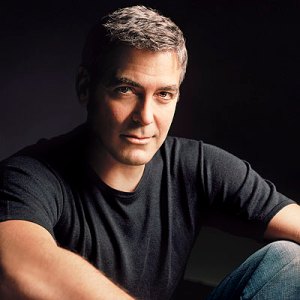 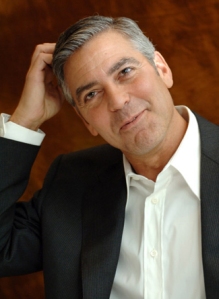 Hollywood’s most iconic bachelor George Clooney (and two time winner of People magazine’s Sexiest Man Alive) is often cited as a ‘success story’ by high achieving, adult men who choose bachelorhood over marriage. Unlike in past decades, society has become far more accepting of men who remain bachelors. Modern day bachelors are frequently financially successful who have adopted an enjoyable lifestyle on their own, dining in singles-scene restaurants or cooking artfully for one, forgoing family style vacations for jaunts to sexually hedonistic cities like Miami, Rio, or Vegas, indulging in expensive and/or time consuming sports like golf, sailing, or tri-athalon training, and of course, finding time to pursue a wide variety of women for company. While a modern day bachelor may dream of the exceptional woman who could excite and inspire him to forgo all of this, in the meantime, there is no shortage of modern, single women willing to gratify his sexual needs, perhaps hoping to be the one to convert him to marital devotion.

Some men feel that a life-long commitment to the same person isn’t right for them. Many people lead rich and fulfilling lives having never married. Staying single is a viable choice for people who feel this way, and absolutely the right choice for those that feel marriage would cause them unhappiness.

A common myth of the modern day bachelor is that none of them have an interest in committed long-term relationships. Some bachelors believe that they want a committed relationship/marriage (‘one day’ as many will explain), and can cite a host of reasons why they continue to be single. The central dilemma for these men often lies in the avoidance of hypocrisy. Meaning, while a stable, intimate relationship has it’s benefits, the desire for sexual variety and freedom is often greater, so these men feel forced to choose. So the question is, why do some men choose bachelorhood over a committed relationship? As Clooney himself has insinuated, relationships are very hard work, and bachelorhood is a strategy to avoid the emotional work necessary for a healthy committed intimate relationship. George Clooney quotes:

“The holidays are the toughest time for me. I just try to get through them. Being a bachelor has it’s rough spots.”

“We’d get into a fight and I’d just mentally leave. I’d think, ‘In a relationship, we should never have his kind of fight.’ Then, instead of figuring out how to make it work, I looked for a way to get out of it. The truth is, you shouldn’t be married if your that kind of person.”

1. Emotions and relationships aren’t always logical. A healthy marriage requires the ability to experience and manage strong emotions while problem solving. While many men are quite successful at problem-solving and managing conflicts in their work roles and male friendships, they find that intimate relationships do not always follow the same logical path to resolution. These men often develop a disdain for personal relationships that do not feel ‘logical’ because they feel confused and unsuccessful at managing them.

2. Sexual boredom. Some bachelors fear the time when they can no longer confirm their virility through sexual conquests. When a man’s self-esteem is closely tied to accruing new sexual encounters, he is bound to feel a tremendous blow to his ego if he cannot pursue the ’emotional high’ that is often associated with winning a new woman’s affection as evidence that he’s still ‘got it’.

3. Perceived loss of freedom and control. Many bachelors feel they can’t fully be themselves unless they remain unattached to a woman, who they believe will undoubtedly try to control him. Even compromise that is essential to any healthy relationship can feel like a loss of power when a bachelor anticipates a ‘take over’ from the woman he’s dating. Others grow weary of taking on responsibilities for anyone other than themselves (i.e. the old ball and chain.) Bachelors find support for their fears by pointing to married men who have far less time for male-centered activities, and can no longer make financial decisions that only benefit themselves.

4. Avoidance of marital disasters. To estimate his chances of marital success a bachelor often looks to his family and married friends as a prediction of his future. He will often zero in on examples of marital failure- married men who feel compelled to cheat, others who abandoned their children, or married couples who argue and fight over everything. Rather than subject himself to experience these marital disasters with someone he genuinely cares for, he rationalizes that remaining single is a much safer bet.

5. Absence of healthy marriage in childhood. Many bachelors cite an absent father or father-figure in their childhood as a reason for not developing the skills necessary to contribute to a healthy marriage. Others witnessed a father who was repeatedly unfaithful and unhappy in his marital life. These bachelors feel that without a good model to draw from, they are destined to become part of an inevitable, familial chain of marital failure.

6. Difficulty balancing professional goals with marriage. It’s not uncommon for men to wait until they’ve achieved some level of occupational stability and success before choosing to settle down with a partner. Yet some men fear that a marriage and/or family will directly hinder them from making the career strides they envision for themselves (i.e. ‘the workaholic’), and have difficulty accepting that it is possible to have both simultaneously.

7. Misogynistic or devaluing beliefs towards women. A subset of bachelors share an ideology that women are inherently inferior to men, and aren’t worthy of a man’s commitment. Their beliefs prevent them from having enough respect for women to engage in a loving, committed relationship. They might view all women as opportunistic “gold diggers” who are incapable of contributing meaningfully to a man’s life. The origins of their disrespect may come from dysfunctional relationships from their upbringing, who they may have experienced as negligent, unloving, overly dependent on others, or otherwise poor caregivers.

Can bachelors like George Clooney be reformed? (women around the world are holding their breath as they read below)

Many bachelors will wait to until they’re old, bald, and/or grey and in need of a nurse before considering giving up their bachelorhood status- typically when the benefits of bachelorhood are no longer in reach (unless they’re the Hugh Hefner sort, and can buy a young woman’s company). Others will choose to bite the bullet and do it earlier so that they’re not constantly mistaken for their girlfriend’s grandfather.

However there IS hope! Seeking a well-suited professional (mental health professional, religious leader, dating coach) depending on the needs and health of the man, may help them overcome their commitment fears of marriage.  Getting professional support can help someone gain insights from their family and dating history in order to pinpoint precisely when and how the running dialogue in a man’s mind became “I’m better suited to bachelorhood. I need variety more than intimacy. I’m not cut out for married life.” Cognitive Behavioral Therapy (CBT) is a highly effective clinical road map for treatment, if a healthy, committed relationship is the desired outcome. And when I say commitment, I don’t mean just to a woman/partner, but to himself. A commitment to giving himself the opportunity to experience and receive deep intimacy, trust, acceptance of imperfection of yourself and another person, and most obviously, love.