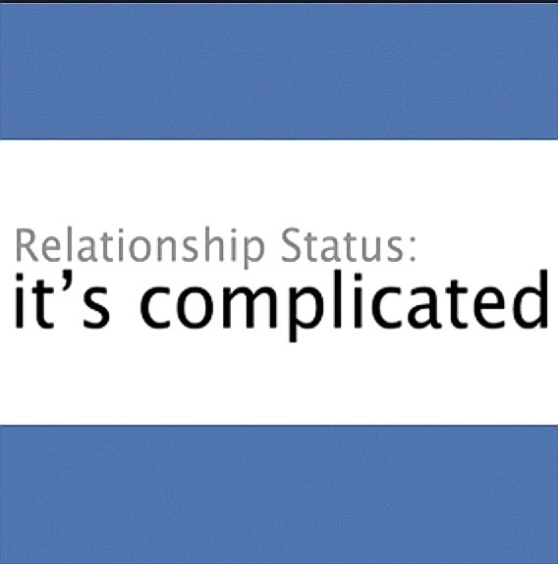 More and more people are struggling to make their romantic relationship work while cohabiting.  Like many desirable urban areas, Bay Area rent prices continue to soar with no end in sight.  In spite of having well-paying jobs, many young adults are weighed down with hefty student loans, and have learned to enjoy an expensive lifestyle where smartphone bills, an expectation of recreational travel, eating out, and ‘networking over drinks’ are the norm.  Many couples start moving in together in their mid-twenties, reasoning “it’s too early to get married, I need the freedom to make life decisions and consider what’s best for me before settling down” or “we were staying at each other’s places all the time anyway, it made sense to save money on rent and get a place together- living together will give us a chance to see if our relationship will work before making bigger decisions about engagement or marriage.”  Cohabitation among young adults appears to be here to stay, but does it work?

Cohabitation in the United States has increased by more than 1,500 percent in the past half century. In 1960, about 450,000 unmarried couples lived together. Now the number is more than 7.5 million. The majority of young adults in their 20s will live with a romantic partner at least once, and more than half of all marriages will be preceded by cohabitation. This shift has been attributed to the sexual revolution, the availability of birth control, and in our current economy, sharing the bills makes cohabiting appealing.  In a nationwide survey conducted in 2001 by the National Marriage Project, nearly half of 20-somethings agreed with the statement, “You would only marry someone if he or she agreed to live together with you first, so that you could find out whether you really get along.” About two-thirds said they believed that moving in together before marriage was a good way to avoid divorce.  Premarital cohabitation allows couples to experience a “trial run” before making the real commitment of marriage.  Following this logic, those who cohabit before marriage are more prepared for marriage having already lived together, and reducing their risk of divorce.  Research studies have shown however that premarital cohabitation should be considered with caution if marriage is the desired outcome, particularly for serial cohabiters.  “People who live with multiple partners have higher divorce rates. If you’ve only lived with the person you are going to marry, you have no greater chance of getting divorced than a couple who hasn’t lived together” says Sharon Sassler, a professor of policy analysis and management at Cornell University who has extensively studied cohabiters.

Couples who opt to live together before marriage, engagement or otherwise clearcut commitment, tend to be less satisfied with their marriages and more likely to divorce than couples who do not. These negative outcomes are called the cohabitation effect.  Researchers originally attributed the cohabitation effect to selection, or the idea that cohabiters were less conventional about marriage, and therefore more open to divorce. As cohabitation has become a norm, however, studies have shown that the effect is not entirely explained by individual characteristics like religion, education or politics.

What contributes to the cohabitation effect?

Relationship inertia.  Some couples who would not (and likely should not) have gotten married do so because they were already living together. The threat of having to separate complicated living arrangements and shared belongings may be enough to keep some couples together.  Some couples may find themselves on a path toward marriage because it seems more palatable than the alternative.

Conflicting agendas.  Researchers discovered that in heterosexual relationships women were more likely to view cohabitation as a step toward marriage, while men were more likely to see it as a way to test a relationship or postpone further commitment.  This gender asymmetry was associated with negative interactions and lower levels of commitment even after the relationship progressed to marriage.  There is a dearth of information on same-sex couples who choose to cohabit; their circumstances should be distinguished from heterosexual couples since same-sex relationships continue to be impacted by discriminatory laws prohibiting same-sex marriage in the United States.

Sunk costs and cognitive dissonance.  How do these concepts apply?  The more time and energy people invest into a relationship the harder it becomes to end the relationship, even if cutting their losses will save them more heartache in the future.  Further, people tend to strive for consistency between their feelings, behaviors and circumstances.  Even if there are plain signs a relationship is no longer rewarding or even functional, living together can lead people to adjust their views so that their current living arrangements continue to ‘make sense’.

Decreased opportunity to meet other (potentially better suited) partners.  Couples who live together are likely spending more time together, narrowing their exposure to other people who frankly might be a better match, romantically.  Some people end up investing years of their 20’s and 30’s into relationships that might have lasted only months had they not been living together.

One thing men and women do agree on, however, is that relationship standards for a live-in partner are lower than they are for a spouse.

Young adults in the Bay Area illuminate the dilemma of cohabitation:

“It’s true, I make about 30 thousand dollars more annually than my girlfriend does. But I don’t think I’d be ready to pay more of our bills than she does, unless we were married…but we’re not, we’re living together.”  James, age 29

“My [live-in] boyfriend doesn’t like that I go out and stay out so late drinking with my friends.  It’s like he expects me to stay in, just because he’s tired from working all the time.  Why shouldn’t I go out and have fun with my friends? I think once I’m actually married to him things will be different, I’ll want to do different things when I’m married. I’ll be thinking about having kids, and my friends will be married too.”  Audrey, age 27

“Everything is going really well with my girlfriend, we’ve been living together for almost a year now.  Except she has made it very clear she wants to move back East to be close to her family once she’s married and ready to have kids. Her mind is made up. But my career in tech is growing here, the company I founded is based here in Silicon Valley and my family is here too.  So what should I do doc?  Enjoy our relationship for now since we’re so young? Or break it off now rather than avoid the inevitable?”  Mark, age 26

What is the impact of the cohabitation effect on one’s health and wellness?  Dr. Lloyd Stockey, a board certified primary care physician at Kaiser Hospital’s flagship medical center in Oakland, California weighs in on the topic. “[Cohabitation] is like a lease or practicing to see if you really want to commit. Unfortunately, it sets the bar low. There’s no real commitment with living together. It’s an opt out clause, and it’s never equal. It’s a roommate situation after 2 years.  Everyone ‘goes for self’ when cohabiting. Career, freedom, and personal success comes before commitment and family. The younger generation thinks it’s commonplace to upgrade partners, and is satisfied being single parents.  The landscape has changed. There’s blurring in gender roles, household leaders, finances, and expectations. Playing house is exactly what it is. It’s monopoly money. Looks good on paper and everyone is playing, but not worth anything when the game is over.  Codependency and living arrangements cause a majority of adjustment disorders and depression in family medicine. It’s messy in a lot of ways. It’s just like Facebook says–single, married, or it’s complicated.”

The bottom line: cohabitation is here to stay, and there are things young adults can do to protect their relationships from the cohabitation effect. Meg Jay is a clinical psychologist at the University of Virginia and author of “The Defining Decade: Why Your Twenties Matter — and How to Make the Most of Them Now advises – it’s important to discuss each person’s motivation and commitment level before opting to move in together, and view it as an intentional step toward, rather than a convenient test for marriage or partnership. It also makes sense to anticipate and regularly evaluate constraints that may keep people from leaving the relationship.  Couples who communicate openly and regularly will likely reduce ambiguity about their partner’s commitment, and have realistic expectations about the future of their relationship.  Sassler says the takeaway from her research at Cornell is that couples need to talk about situations such as the possibility of pregnancy, whether they’ll split household expenses evenly, and general expectations about gender roles.

Understanding the role of cohabitation in the success and failure of relationships has far-reaching implications for generations to come.  Recent estimates suggest that about 33% of all children of unwed parents are born to parents in a heterosexual cohabiting relationship, and more than 50% of all children born in the United States will live in a house headed by at least one unwed parent.  Those who contemplate cohabiting can benefit from educating themselves about the benefits and risks, and utilize resources on how to make a smooth and successful transition to cohabitation (couples workshops, relationship books, working with a family/couples therapist).  Whether or not people subscribe to traditional societal expectations for marriage, choose to cohabit or not, my aim for the individuals in my psychotherapy practice is that they become better equipped at participating in happy, functional and rewarding romantic relationships.